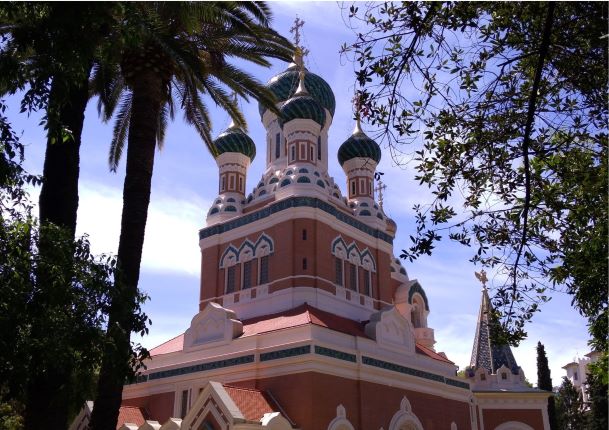 Friends of the Russian Cathedral in Nice

Friends of the Russian Cathedral in Nice

Payment of the annual

Donation in favour of the cathedral

You can make a donation for the cathedral, whatever the amount:
MAKE A DONATION We thank you very much for your generosity.

We thank you very much for your generosity.

You have the opportunity to register for the annual charity dinner held in early summer (see below for photo albums and films of our past events), with the date and venue to be determined on your personal invitation.
DINNER REGISTRATION

Payments for any reason can also be made by cheque to the order of ACRN, to be sent to our treasurer Mr. Nikita Ionnikoff, 1 ruelle Saint-Jean, 06390 Contes.
You also have the possibility of sending your payments according to the methods established above, secure, fast and practical. Our actions in favour of the cathedral


2017: Our second evening, which took place at the Hyatt Regency "Palais de la Méditerranée" in Nice, resulted in a net profit of €27,000, part of which was donated to the victims of the 14 July attack in Nice.

2018: Our third charity evening, organised at the Monte-Carlo Bay in Monaco, resulted in a net profit of €53,300. This year, the ACRN donated €22,000 to the diocesan association and allocated €40,000 to the restoration of the candelabras and various objects of worship in the cathedral.

2020 : ACRN decides not to organise an evening in view of the COVID-19 epidemic. Nevertheless, we receive €35,800 in donations from our historical patrons and other benefactors, of which €20,400 is specifically earmarked for the diocesan association to pay for two bronzes, one of the bust of General Yudenitch and the other for the memorial to Emperor Nicholas II.

2021: This year sees the realisation of our fifth charity evening, again at the Monte-Carlo Bay in Monaco, with a net result of €20,971. The ACRN donates 10,000€ to the diocesan association, allocated to the payment of new tables and chairs for the crypt of the cathedral, 1,000€ to settle the bill for the bronzes made in 2020, and 20,000€ allocated to the restoration of the crypt. 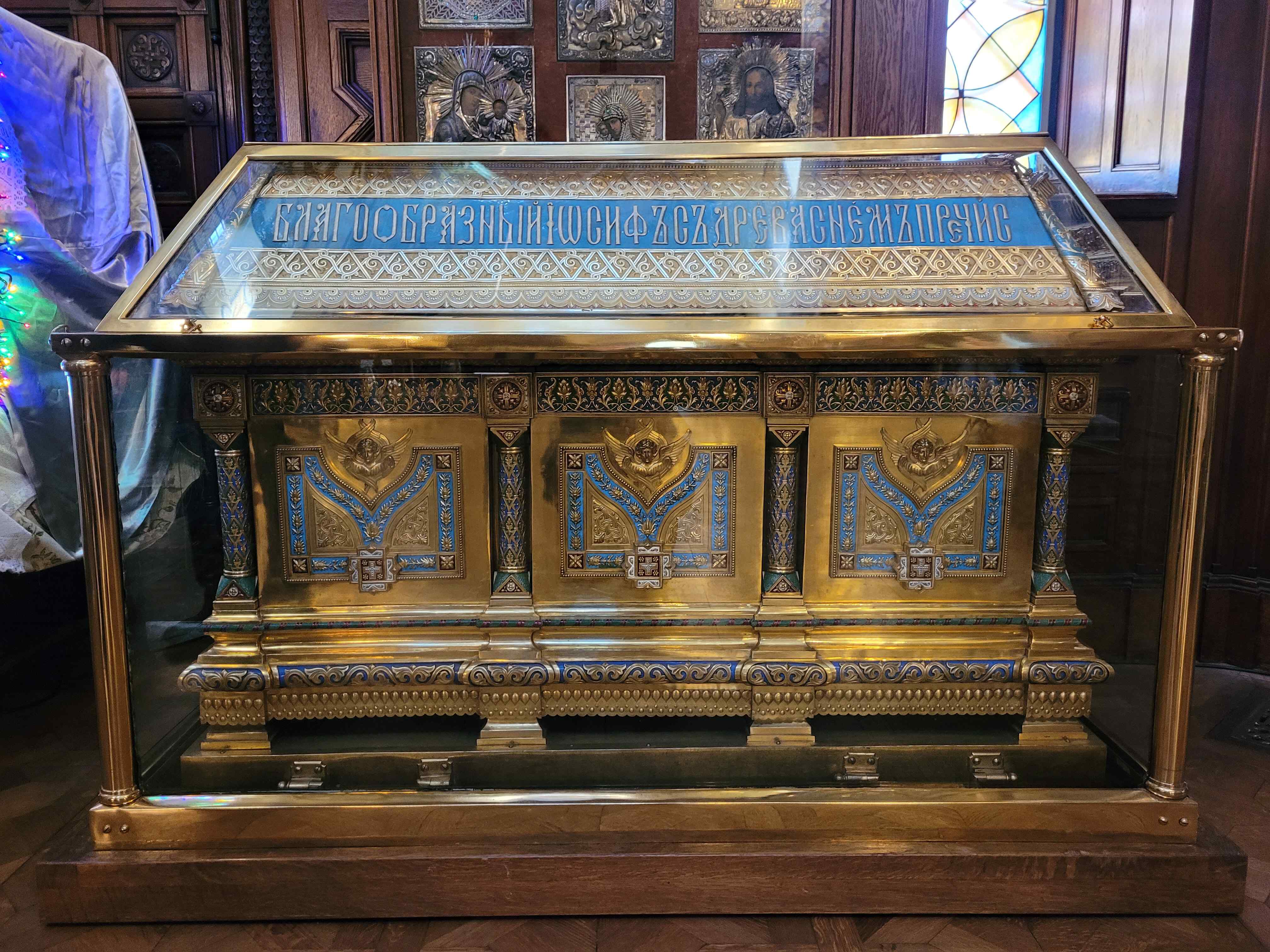 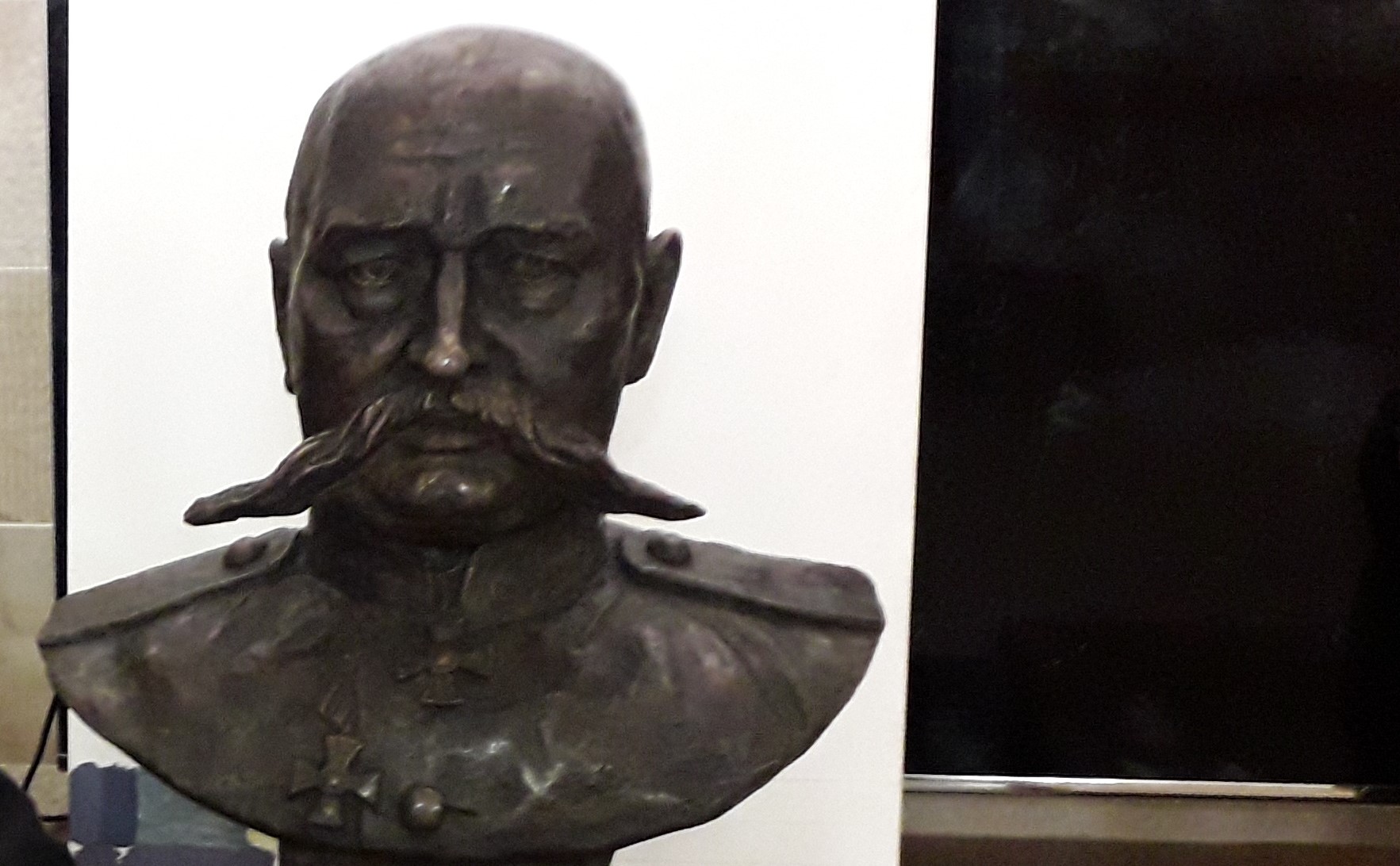 Cathedral Crypt of the cathedral Crypt of the cathedral

Our past charity events

Our fifth charity evening in aid of the Russian Cathedral of St Nicholas in Nice took place in Monaco on Friday 1 October 2021, in the superb Columbia Lounge of the Monte-Carlo Bay, overlooking the sea.

The Russian Imperial Family was represented by H.H. Princess Feodora Romanoff, Honorary President of ACRN, as well as H.H. Prince Rostislav Romanov and LL.AA.SS. Prince George Yourievsky, great grandson of Emperor Alexander II, and Princess Elikonida Yourievsky. The evening was held with the blessing of Monsignor Antoine, Metropolitan of Chersonese and Exarch of Western Europe, and under the high patronage of H.E. Mr Alexeï Meshkov, Russian Ambassador to France and Monaco.

Our faithful sponsors were present, surrounded by representatives of the Russian, French and European nobilities, as well as our many friends.

Mr Pierre de Fermor, President of ACRN, emphasised in his introduction to the evening that over the last eight years the association has collected more than 150,000 Euros in donations, all of which have been donated to the cathedral. And Princess Feodora Romanoff rightly reminds us: "What you keep for yourself you may lose, what you give to others you will always keep".

The auction takes place in the middle of the evening with three post-mortem lithographic prints by Chagall, followed by an oil on canvas by the Russian painter Sasha Drutskoy, whose name is Prince Alexander Drutskoy Sokolinsky, a member of the illustrious Rurikid family, who is himself a descendant of the eldest son of St. Vladimir, Isiaslav Prince of Polotsk.

A tombola ends the evening, with the first prize being a set of three 19th century pendant icons. 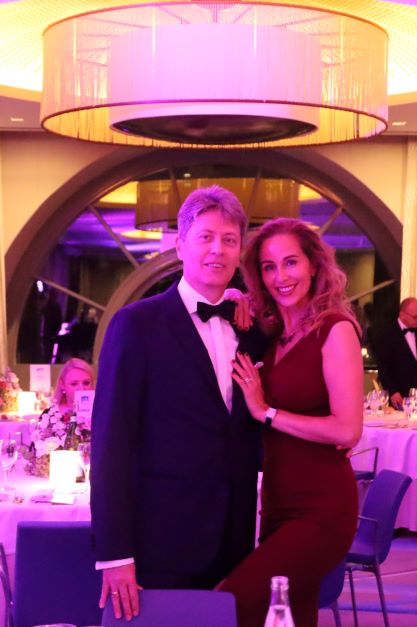 A panikhide is celebrated in the morning in the cathedral by Father Andrey, in memory of the martyred Emperor Nicholas II and his family, and all the departed members of the Imperial Romanoff dynasty.

Under the patronage and in the presence of H.H. Princess Theodora Romanoff, Honorary President of the ACRN, Bishop Nestor of Chersonese and H.S.H. Prince George Yourievsky, great-grandson of Emperor Alexander II, the event also received the patronage of H.E. Mr Alexey Meshkov, President of the ACRN. H.E. Mr Alexey Meshkov, Russian Ambassador to France and Monaco, who was also present, as well as Mrs Ekaterina Semenikhina, Honorary Consul General of Russia in Monaco.

The evening was hosted by the talented violinist Anna Kim, from the Moscow Conservatory, the young and promising pianist Arsène Arnaud (13 years old), and a quartet made up of musicians Maria Zvereva, Sebastien Doucet, Liviu Muzsikus and Adrien Arsénie. A moment of great intensity was the performance of two internationally renowned opera singers, the soprano Elisabeth Vidal and the bass-baritone André Coignet.

An auction of eight lots, including two antique icons and artist's proofs of lithographs by Dali and Chagall, was a great success, with the proceeds going to the cathedral.

A tombola with thirty-two luxury prizes ended the evening. The main prize awarded at the twelfth stroke of midnight, a sea cruise for two in the Mediterranean, was won by a Belgian couple. 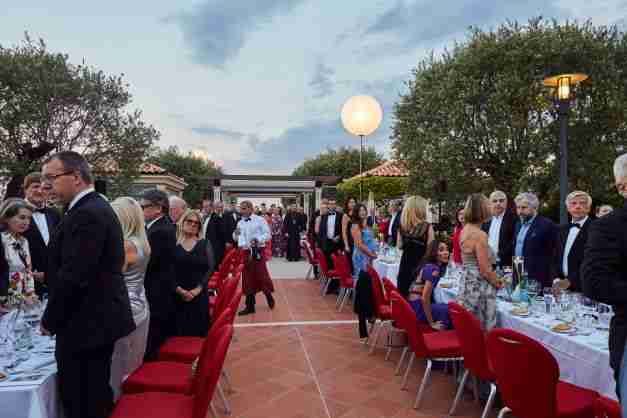 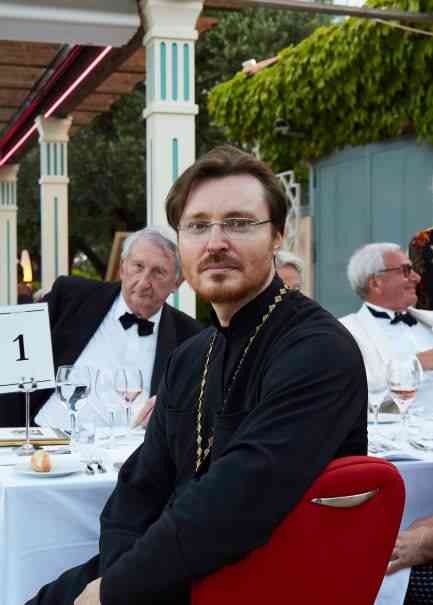 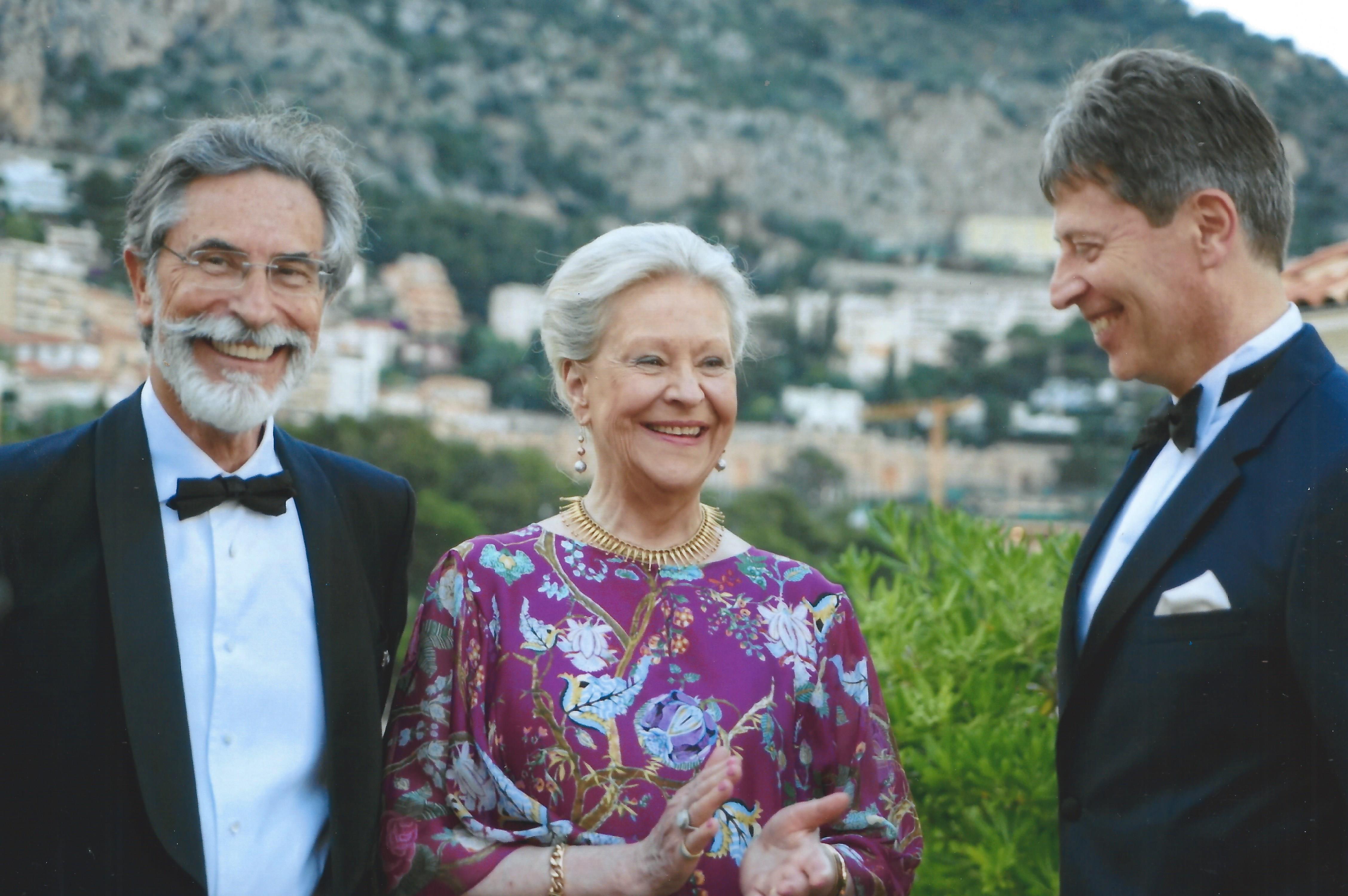 To celebrate the renewal of the restored cathedral, a full day of celebrations takes place in Nice on Friday 24 June 2016.

At 10:30 a.m. a great liturgy begins in the cathedral, celebrated with the blessing of His Holiness Cyril I, Patriarch of Moscow, by Bishop Nestor of Chersonese and by Archpriest Andrey Elisseev, rector of the cathedral.

At 18:00, a month-long exhibition dedicated to Russian religious art, the construction of the cathedral and its renovation will be inaugurated at the Palais Massena, under the patronage of Mr Christian Estrosi, Mayor of Nice, former Minister, Member of Parliament and President of the Nice Côte d'Azur Metropolis.

At 8.30 pm a large charity dinner will take place in the Salon Royal of the Hotel Negresco, under the high patronage of H.E. Mr Alexandre Orlov, Ambassador of the Russian Federation to France and Monaco, with the presence of numerous Russian artists, and the organization of an auction including a painting of the cathedral by the Russian painter Gueorgui Chichkine, a sculpture of the Virgin Mary by the French sculptor Jean-Pierre Augier, and objects of Russian art. 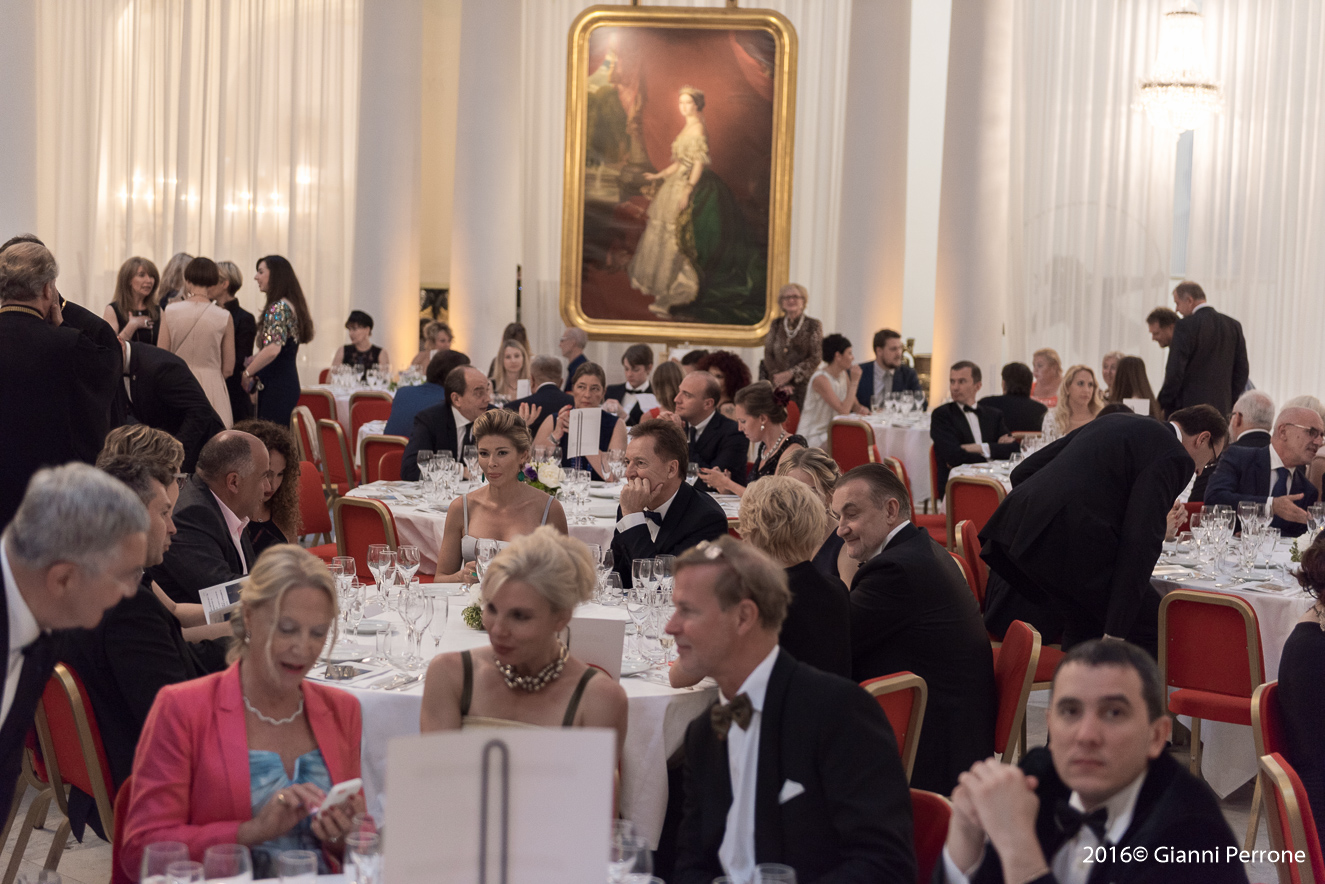 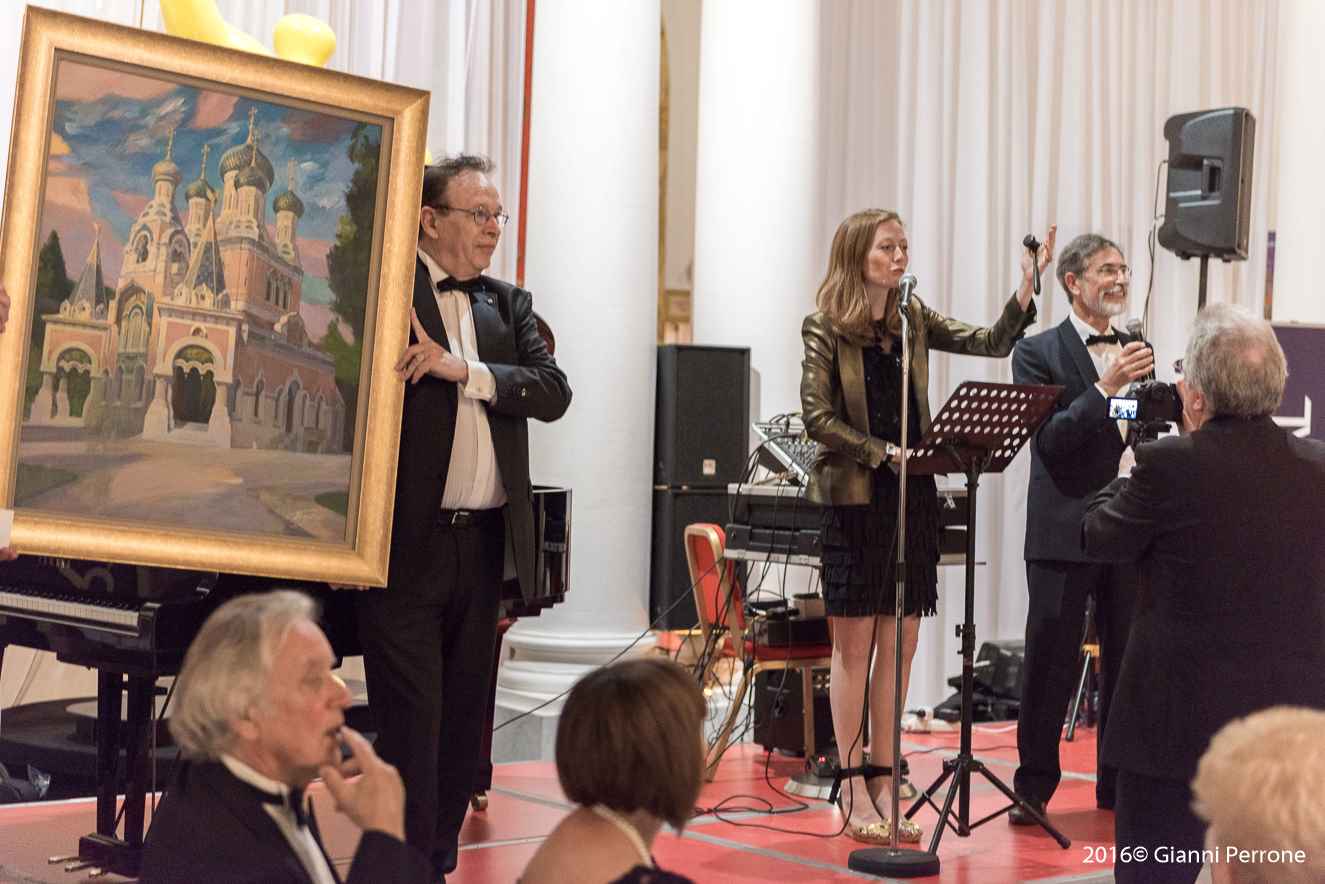 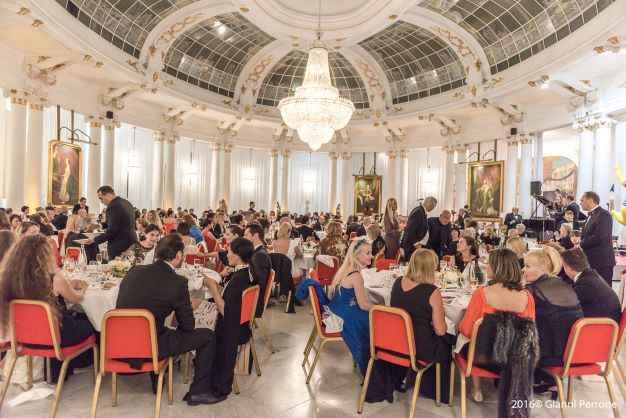 
Presentation of the restored cathedral


FR3 report on the Russian cathedral in Nice, ranked among the 10 favourite monuments of the French at the election of the "Monument préféré des Français" on 18 September 2020

Useful links related to the Russian cathedral of Nice